As we all know, one of the essential characteristics of all the automation framework is to provide a means to implement and maintain the project properties in some configuration files. As per the standard definition, the config files keep some initial settings and configurations for the program or the framework. Consequently, following the same pattern, Cypress also provides specific configurations that initially have particular default values, and on a need basis, these values can override by the users. Subsequently, in this article, we will try to understand the details related to how to use and handle these configurations in Cypress, by covering the details in the following topics:

What are Configurations in Cypress?

Configurations in Cypress also have the same meaning, as in other automation frameworks. In other words, it specifies some key-values which can be used throughout the test framework and will guide the behavior of the framework based on their default or altered values. As we remember, when we added a new project Cypress, a file named was created in the project. It is the file that contains all the project-specific configurations. But, when we open the file, it is an empty file. So where are all the configurations? Consequently, Cypress provides various default configurations that are not stored in this project-specific configuration but are available for all the Cypress projects. Subsequently, let's understand what all the default configurations are. Additionally, we will also understand how we can access the same.

What are the default configurations provided by Cypress?

Now when you expand the configuration, you'll find the default configuration that Cypress uses while executing any of the tests. Consequently, it will show the sources of various configurations, as shown below:

It will also show the current values of various configurations currently being set and provided by Cypress. Subsequently, some of them will look like as shown below:

As we can see, the Global configurations provide all the default configurations which Cypress considers while executing the tests. Additionally, these configurations are majorly related to timeouts, environment variables, node version, the folder path from where it is reading all the Integration, fixture, commands, etc. Subsequently, let's understand in detail what are the various default values for all the configurations are being provided by Cypress.

What are the default application-specific Configurations provided by Cypress?

Cypress provides various default configurations that specify the values of multiple application properties. Consequently, we have discussed a few of them below:

What are the default Configurations for timeouts provided by Cypress?

Timeouts are one of the important aspects of every test automation framework. Moreover, each framework/tool provides certain intrinsic values for the timeout of various kinds of actions it performs. Similarly, Cypress also provides the following default values of timeouts of various actions:

What are the default Configurations for folder/files provided by Cypress?

What are the default Configurations for folder/files provided by Cypress?

Apart from the timeout and folder configurations that we have in Cypress, Cypress provides some more important default configurations related to videos. Some of them are:

So, now we have understood all the default values provided for various configurations by Cypress. Subsequently, let's now understand how aa user can change these values as per their need and situation.

How to override default configurations in Cypress?

Let's understand the details of both of these types in the following sections:

How to override default Cypress configurations by using a config file?

Suppose, we want to update the "defaultCommandTimeout" configuration and want to change it to 10 secs from its default 4 secs. Consequently, it is achievable by specifying the below values in the "cypress.json" file:

Moreover, in folder hierarchy of your project, it will look as follows: Now whatever values we set in the cypress.json file, it applies to the entire framework and to all the tests that we write as part of this framework. Additionally, the same can be verified from the configuration section of Test Runner, as we did for default configurations.

In the above screenshot, marker 1 highlights that from where the config has resolution happened. Similarly, marker 2 shows the config value we set in cypress.json.

How to override default Cypress configurations in the test scripts?

After learning the above method of overriding the Cypress default configurations, the query is always right to apply the overridden timeout to the whole framework? Because let's say in the test scenario, there was only one slow test step. Moreover, we only want to apply this timeout to that test step and not to the entire framework. So we can do that by using the config() method provided by the Cypress. The following code snippet shows a sample code depicting how we can override the value of "defaultCommandTimeout" for one test only:

So, this is how we can override default configurations of Cypress and can alter them as per our needs. Moreover, this has no impact on the overall framework. Because Cypress first gives priority to configurations set up in the tests. After that, it looks into cypress.json for any override configuration. Lastly, it picks the Global configurations.

How to override default Cypress configurations from the command-line?

So we have already seen how we can override default cypress global configuration by directly using in our tests or by overriding the values in cypress.json. Additionally, we can override the configurations via the command line as well while using the "cypress open" and "cypress run" commands.

We can use the "--config" flag to override configurations from the command-line.

Let's learn it with a different example this time. We know that the default integration folder in Cypress sets to 'cypress/integration'.  Moreover, when we do Cypress open or do cypress run, Cypress open, or runs all the test present in the Integration folder. But what if we pass a config and pass a different path this time. Then let's see how does Cypress open or cypress run performs. So as part of pre-requisite, let's create a new folder 'new examples' under cypress/integration only and create a new test file 'Test4.js' under that as shown below:

So now as we can see in the above screenshot, we have two folders under Integration folder :

Now let's try to open Cypress and pass the new integration Folder path. Additionally, this path will be a newexamples directory in the command line as the config we are trying to override via command line. So the same can be done using the below command:

So if we run this command it just loads the test scripts in the newexamples folder as shown below:

These configurations will be applicable for the whole framework. Moreover, it can be validated from the settings tab of the Test Runner, as shown below: So this way, we can override the configurations via the command line. In addition to this, if we want to override multiple configurations, we can pass those using a comma-separated list.

How to disable default configurations in Cypress?

So till now, we have learned how we can pass different configurations that we want to override from the command line and via cypress.json or in our test scripts itself. But if we're going to disable this overriding functionality, we can achieve the same by specifying the "--config-file" or "-C" option as false while launching Cypress, as shown below.

Suppose, we have set the timeout value to 10 seconds in the cypress.json  as shown below : And, now while opening Cypress, we provide the value of the variable "--config-file" as shown below :

Once the above command opens Cypress, validate the settings under the Test Runner. Consequently, it will show the values as below:

So here in the above screenshot, we can see that marker 1 with the flag, we have set to false for the config file, and it clearly states that cypress.json has not set it currently. Also, the marker 2 shows that defaultCommandTimeout sets to 4 seconds instead of 10 seconds. Additionally, it can not override from the cypress.json file.

So, this way, we can restrict the overriding of the default values of Cypress by any source.

How to use a customized file as a configuration file in Cypress?

The marker 1 shows the picking up of the new config from the path, which we mentioned in the command line along with the --config-file parameter. In addition to that, marker 2 shows the values which we have overridden in the config file we created in this section. Therefore, using this flag, we can pass different config files that we want to use.

Conclusively, let's move to the next article, where we will learn about how we can handle the Environment variables in Cypress? 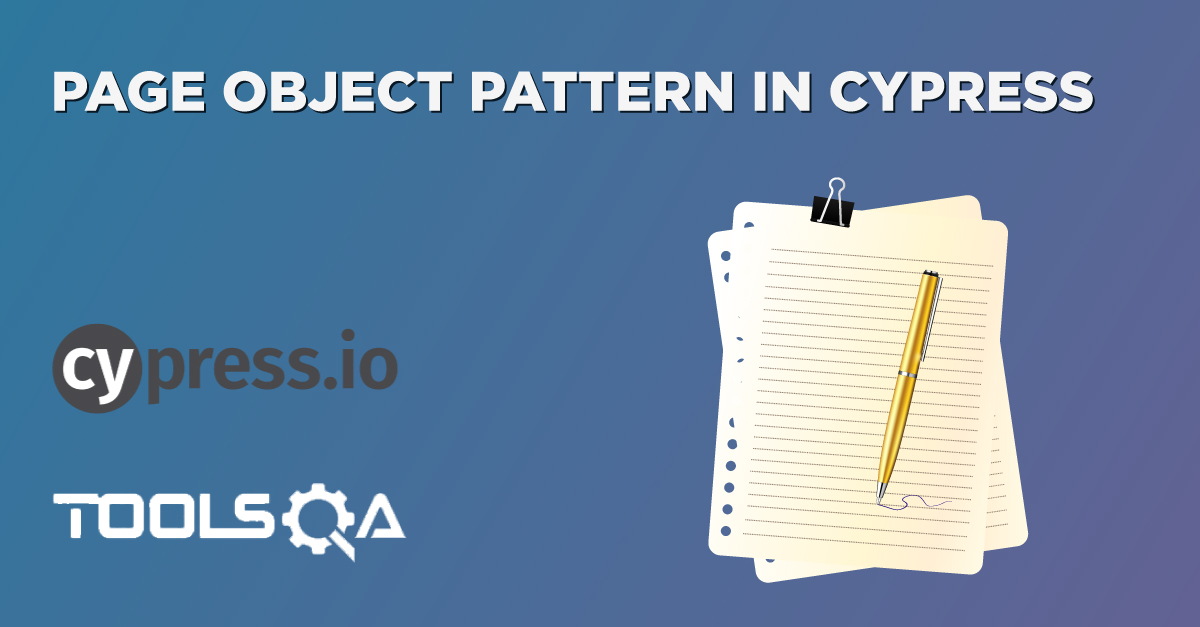 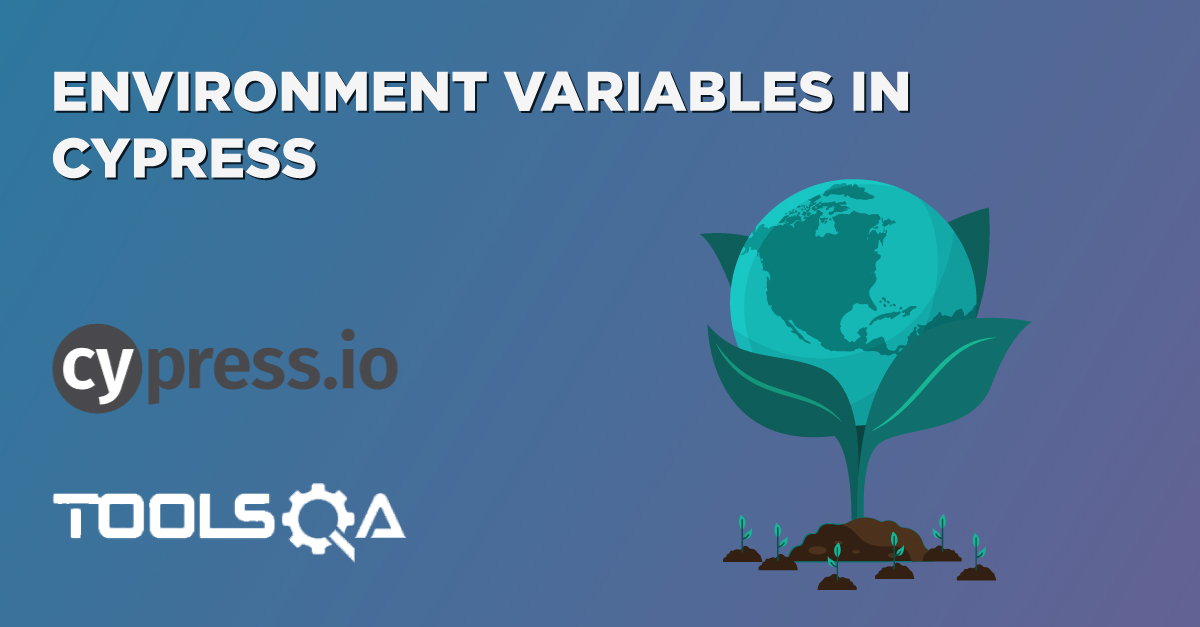 Environment Variables in Cypress
Next Article

Cypress Tutorial
By Lakshay Sharma
0
9 min read
End to End testing can be slow and boring. Cypress has changed the way we test. Learn how to test your applications in this Cypress Tutorial.
BDD Automation Framework
By Aashish Khetarpal
0
14 min read
What is Behavior Driven Development (BDD) automation framework in Cypress? What is Cucumber? How to setup & configure Cucumber with Cypress? 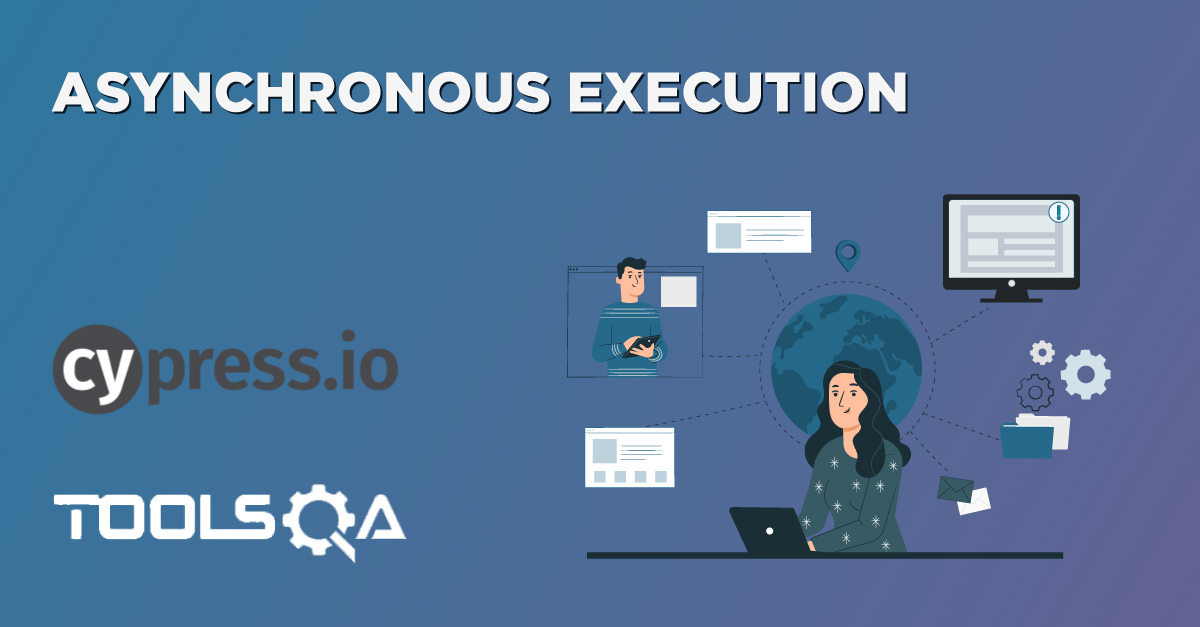 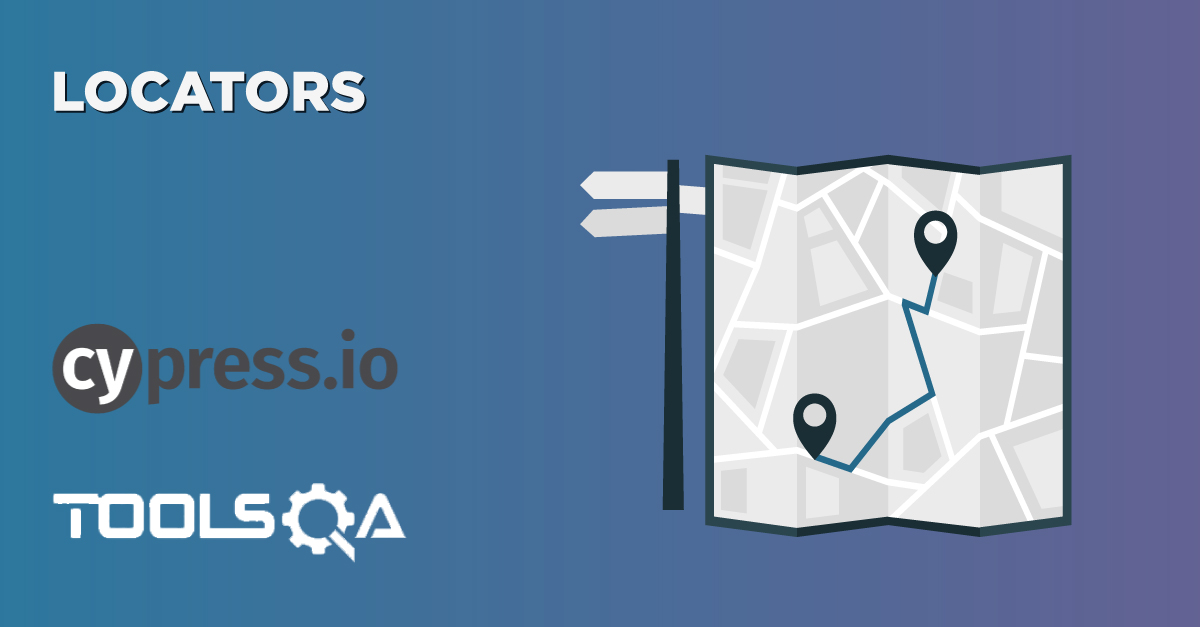 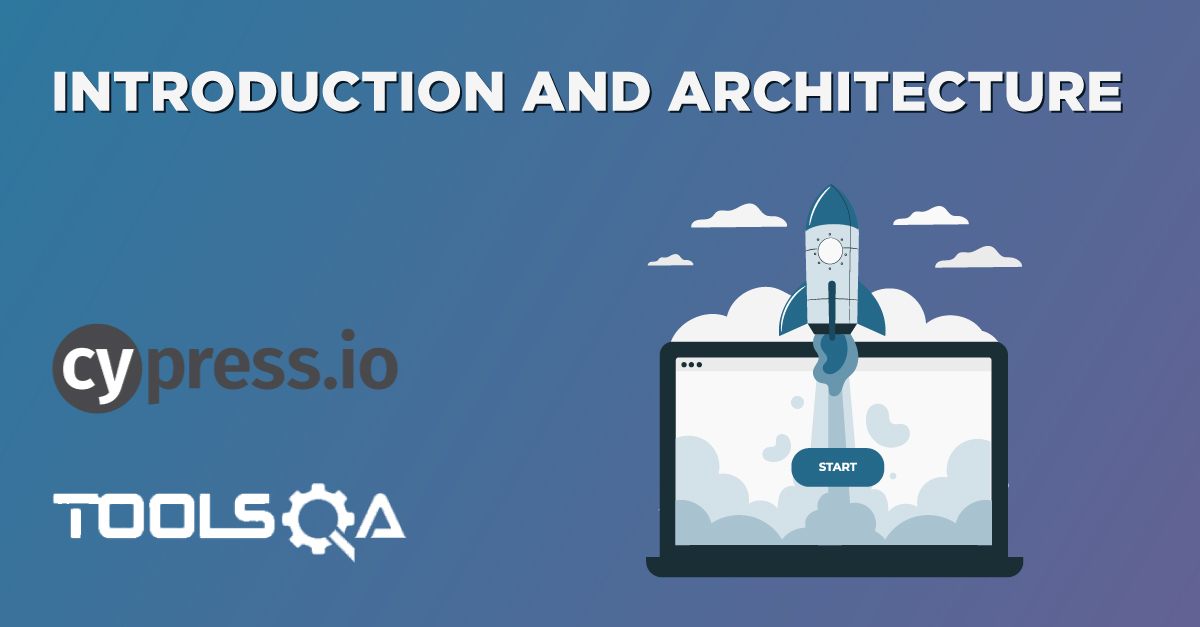 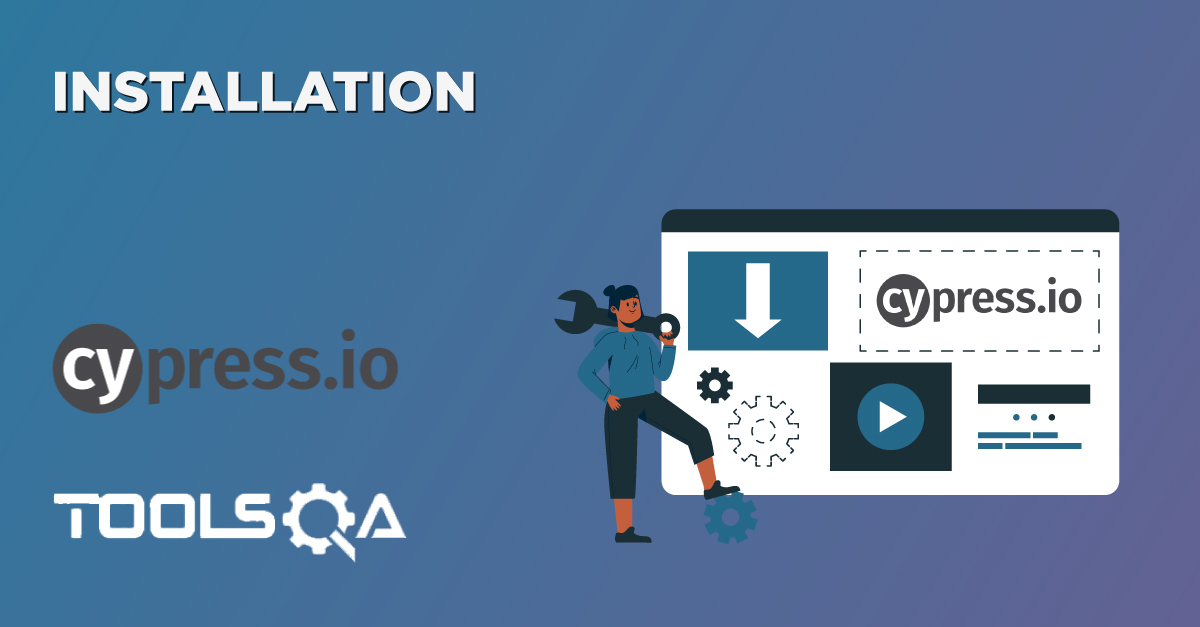 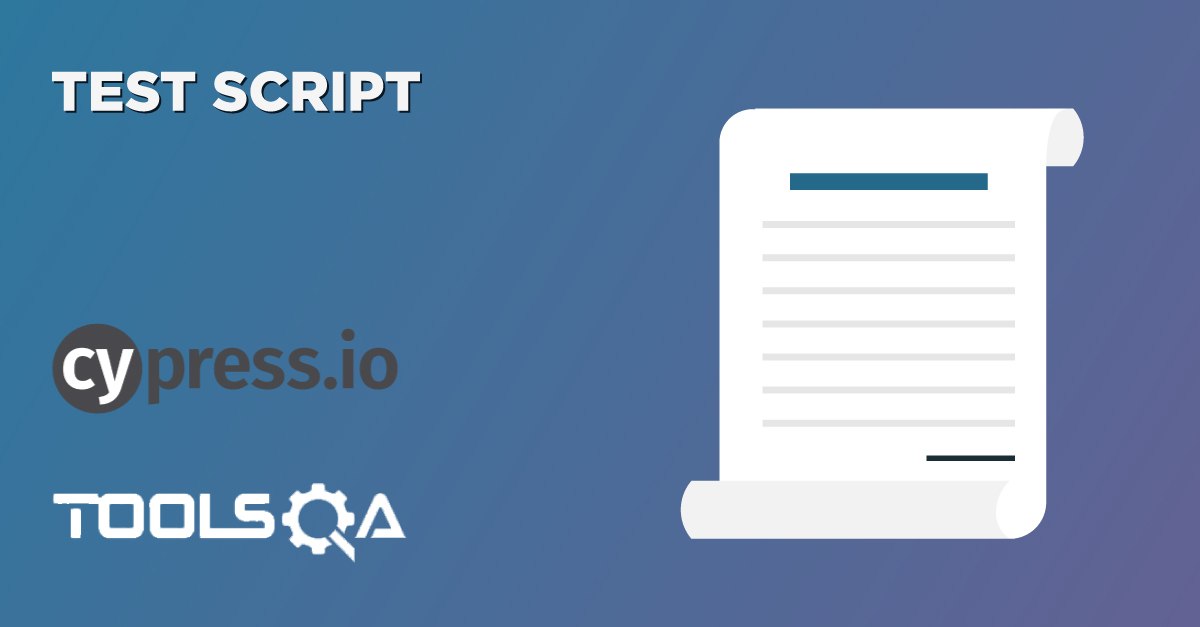 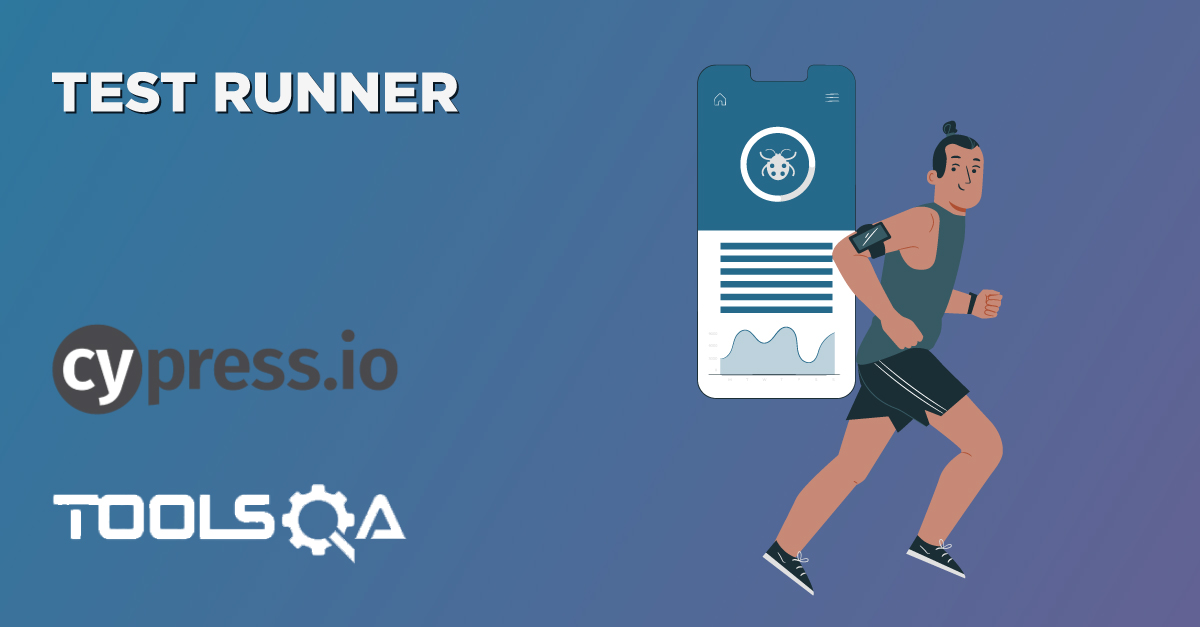 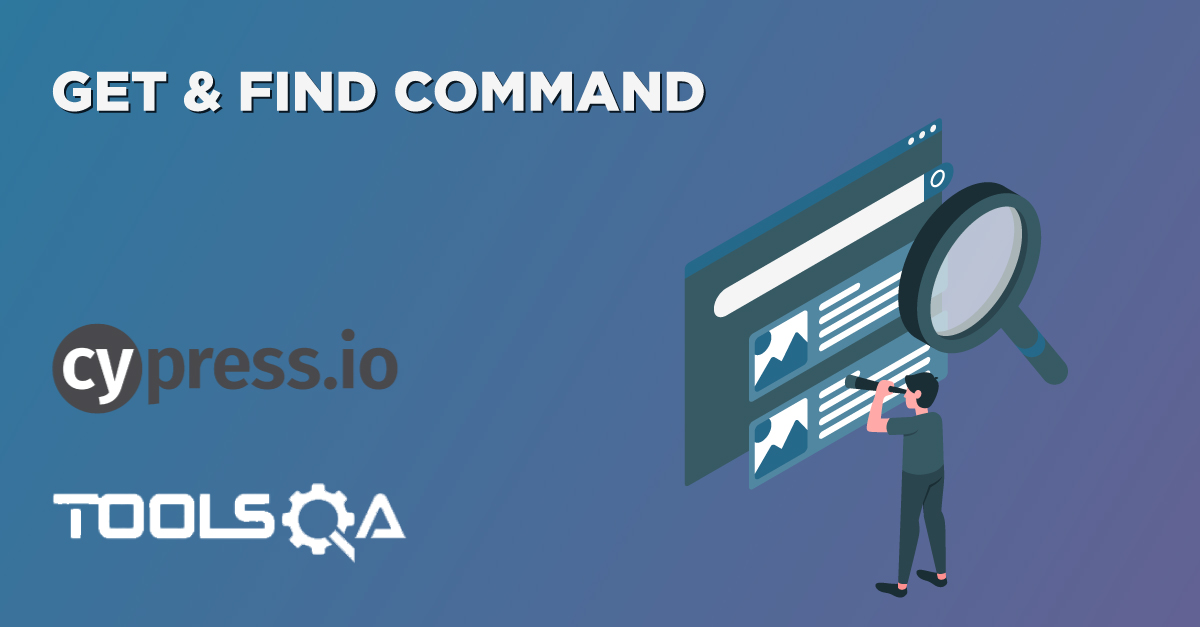