API testing is an integral part of almost every quality analyst in the software industry. There are multiple tools/frameworks available in the market, which aids in API automation. For example, SoapUI is one of the leaders in the market, which has made the API testing very easy for all the testers. It is a cross-platform API or Webservices testing tool that can do both functional and non-functional testing of API or Webservices. Also, as it is java based tool, it can run on most of the latest operating systems, including MAC, Windows & Linux.

Subsequently, in this tutorial, we are going to cover the following topics to start our journey of learning SoapUI:

SoapUI is the world’s leading open-source testing tool, which we mainly use for API testing. Some of the well-known facts about  SoapUI are:

The general architecture of SoapUI projects is as shown below: 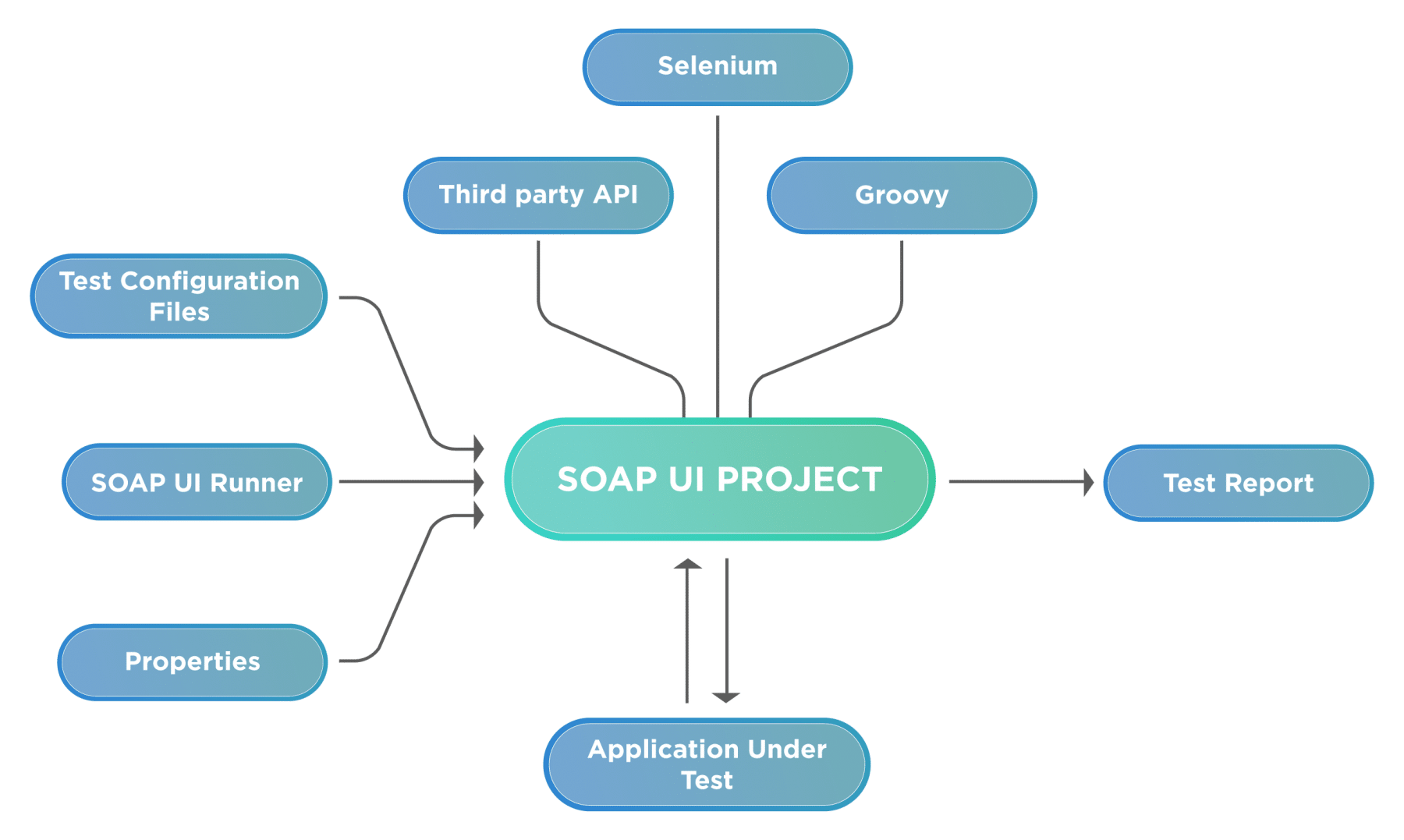 Let's discuss all these parts in details:

Before we jump onto understanding further details of SoapUI and its features, let's first understand what a WebService is and how it is related to SOAP.

What is a WebService?

A web service is a software component that performs a specific task(s) over the web, such as getting data/information, sending or posting data, or updating data. Additionally, a web service exposes a remote service or executable procedure to a client application whose design is platform-independent. Moreover, any client can invoke it irrespective of its programming language. The general communication/consumption mechanism for a web service looks like the below image: 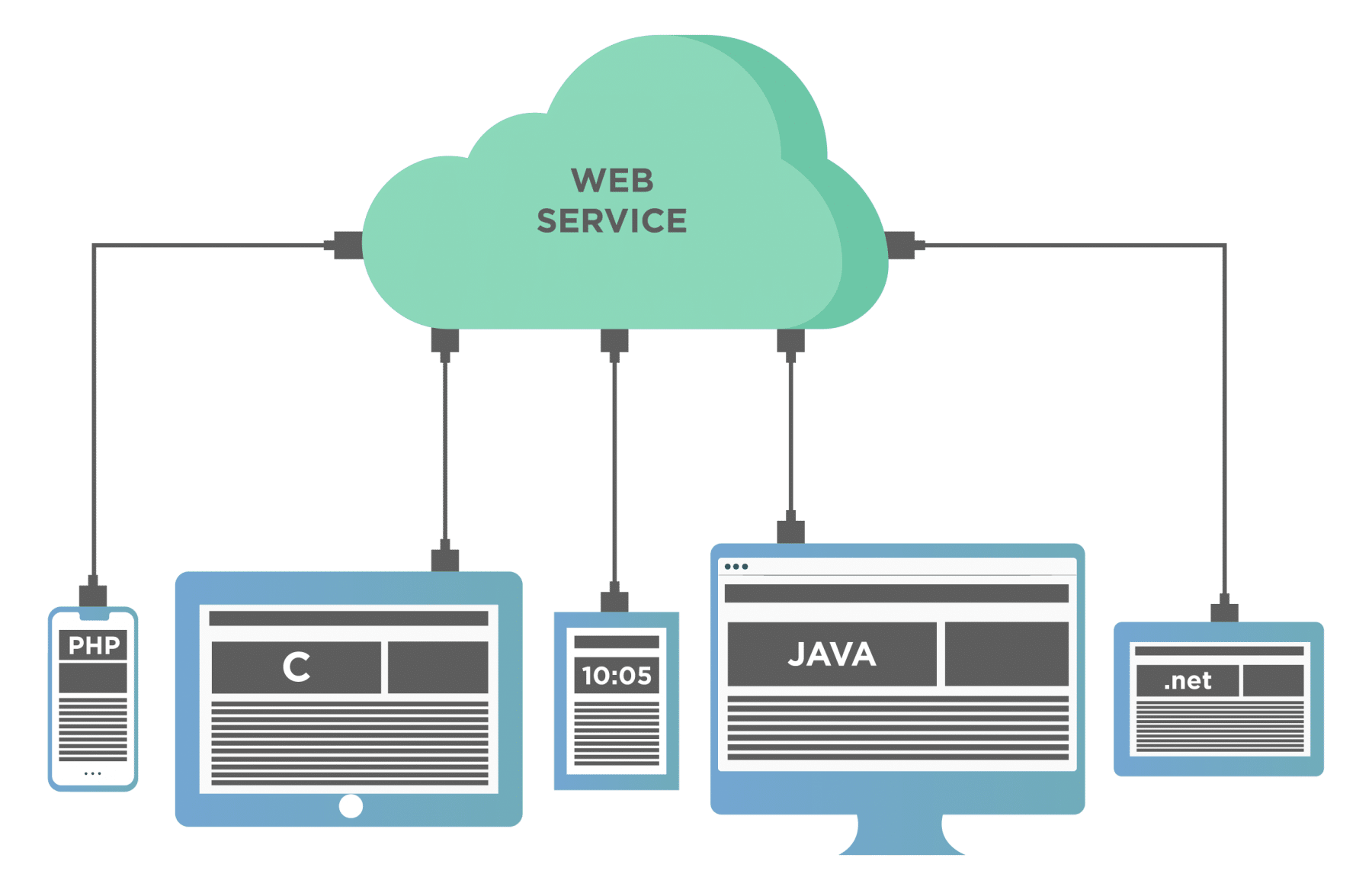 Let's take an example to understand this. Suppose there is a gift shop which is selling products online. The Gift shop technical team has built one part of the application, which holds the inventory of all the products using the .NET tech stack. Additionally, there is a separate application that we use to make the payment, and JAVA builds it. Consequently, the integration between gift shop application and the payment application will be a challenge as their built is on the different technology stack.

Therefore, we can address/solve such an integration issue by exposing an API for integration by the payment gateway team. The inventory application of the Gift shop can consume this API and interact with the payment gateway. However, if this API is deployed on a web server and exposed over the internet, it will act as a web service. Additionally, Web Services can communicate either using XML or JSON protocols, and all the clients can consume them, which supports these protocols.

How does a web service work?

The Web Service works as a request-response paradigm. In other words, there is an entity that will request for some service to its specific counterpart, namely service provider entity. Upon request, the service provider will respond with a response message. So there are two messages involved here one Request message and one Response message. Consequently, we can depict this communication with the help of the following image:

Several steps have to work right to make a web service call. That is to say, to get a sense of what you would have to do to implement/consume web services in your code, consider the following:

We can categorize Webservices majorly into two types:

Now let's understand both of them in detail:

What is a SOAP Web Service?

SOAP ( Simple Object Access Protocol) is a message protocol that allows communication between distributed elements of an application. Its basis is transferring XML data as SOAP Messages. Additionally, each message has an XML document that holds the data that need to communicate between the client and the server. Moreover, the structure of the XML document follows a specific pattern governed by SOAP.  SOAP supports the exchange of XML-coded messages over a transport protocol, such as HTTP and SMTP.

The basic structure of a SOAP message looks as below: 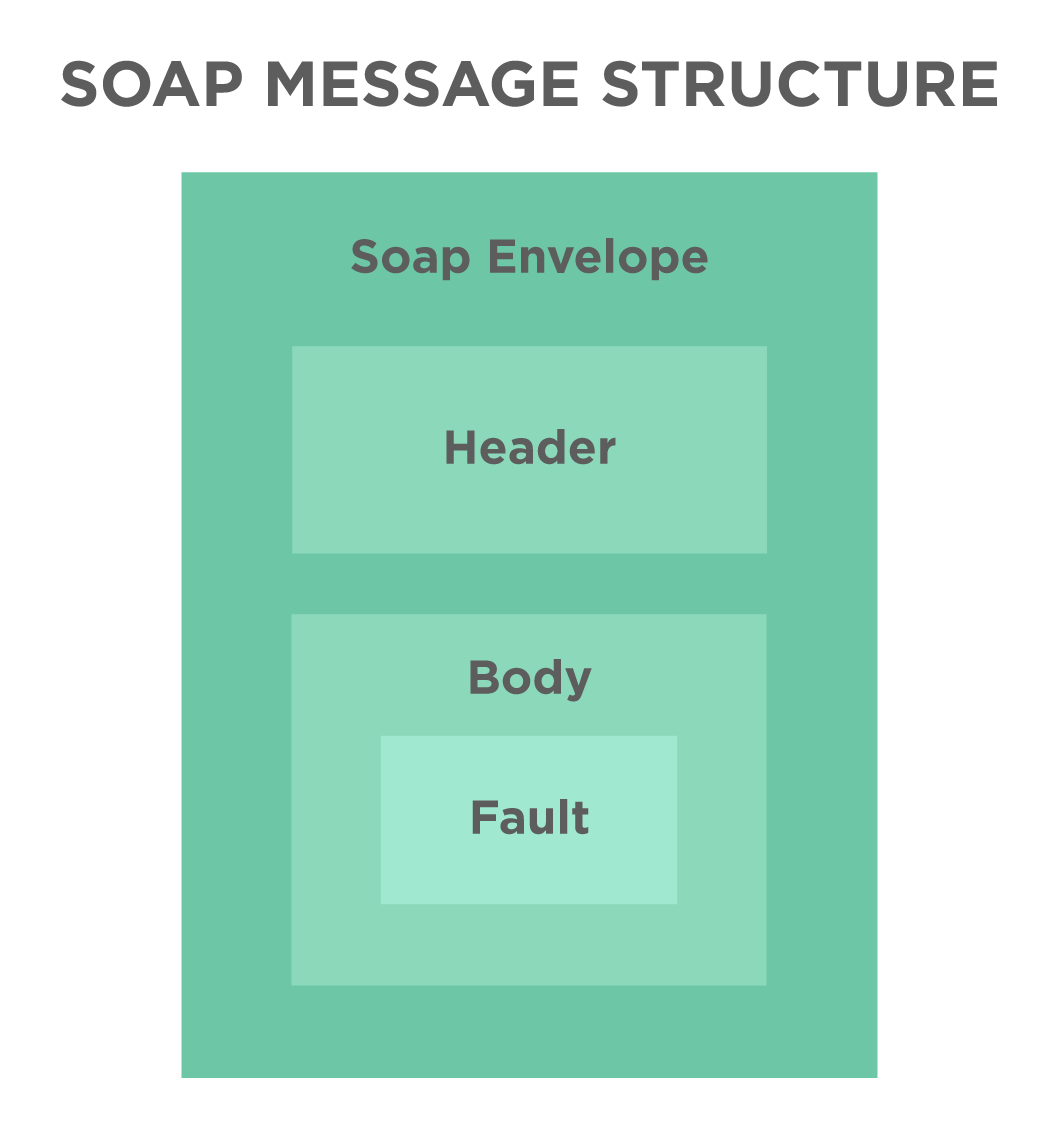 Representation of a sample message is as below:

What is REST Web Service?

REST stands for Representational State Transfer.  In the REST architectural style, data and functionality act as resources, and we can access using Uniform Resource Identifiers (URIs). In addition to this, Restful Web Service is a stateless, client-server architecture which uses HTTP methods to invoke the web services. Moreover, it doesn't specify any specific protocol to use, but in almost all cases, it has preference over HTTP/HTTPS.  Few fundamental attributes of a REST Webservice are:

A stateless protocol is a protocol in which handling of each particular communication between the client and the server happens as an independent event. Additionally, it is always unrelated to other similar communications. Even though the sending of the multiple requests occurs over the same HTTP connection, the server does not attach any special meaning to their arriving requests over the same socket. Thus, the server does not retain session information or status about each communications partner in a stateless protocol,  for the duration of multiple requests. 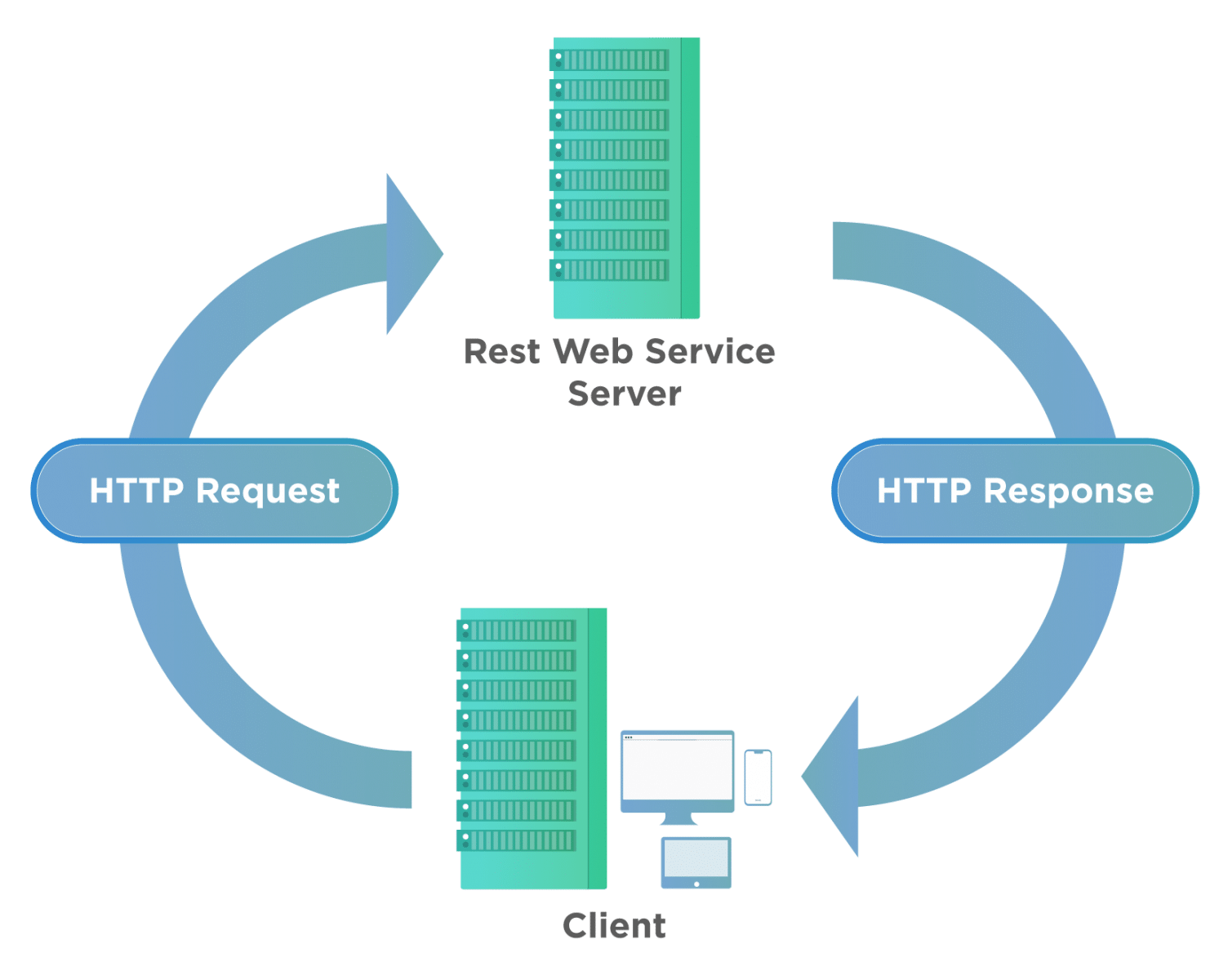 Difference between SOAP and REST

Now that we have understood the basic concepts of SOAP and REST let's see some of the significant differences between SOAP and REST.

By now, we should be clear about the concepts of WebServices. Subsequently, let's move to the next section to understand the various capabilities provided by the SoapUI for different types of testing:

What are the various capabilities offered by SoapUI?

The primary goal of the SoapUI team was to provide utility to users for functional and non-functional tests through a single test environment. Based on that vision, it offered various capabilities that suit different kinds of testing. Few of them are:

Which protocols and technology does SoapUI supports?

SoapUI supports a wide range of protocols and technologies, as shown below: 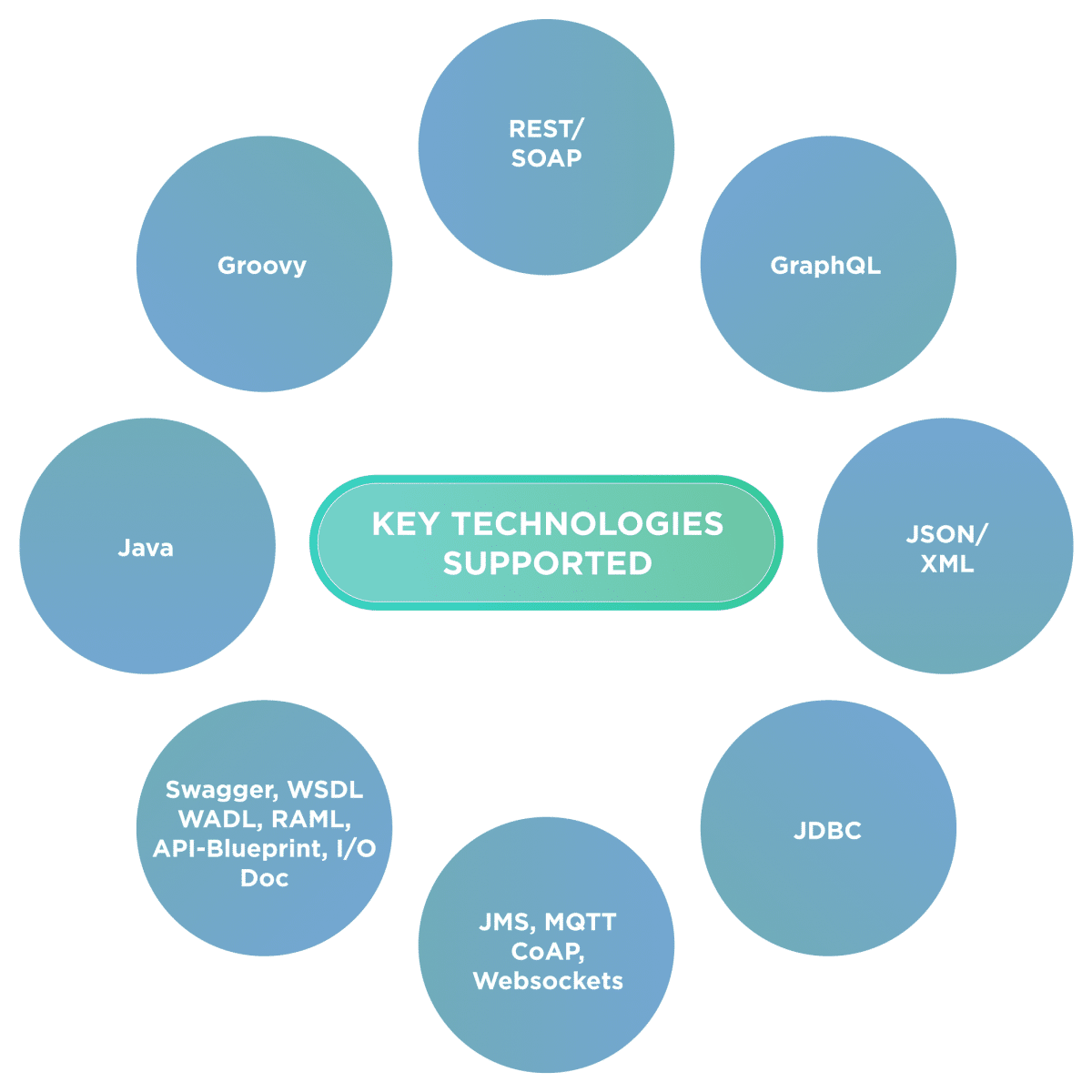 What are the differences between SoapUI vs. SoapUI PRO?

As we are aware that there are two versions of SoapUI. One being SoapUI (Open source version), while the other one is SoapUI PRO. Let us understand the difference between these two covering across various aspects:

This table helps us understand how SoapUI differs from SoapUI Pro in terms of feature enabling security testing.

The below table helps in identifying the difference between two versions of SoapUI in terms of features enabling load testing:

Comparison of reports generated by SoapUI and SoapUI Pro:

To conclude, before deep-diving into the intricacies and usage of SOAP, let's move to the next article, "SoapUI installation and configuration". Subsequently, it will help us to understand how to install the SoapUI on various supported platforms and what all the configurations are available for a user to kickoff the SoapUI journey. 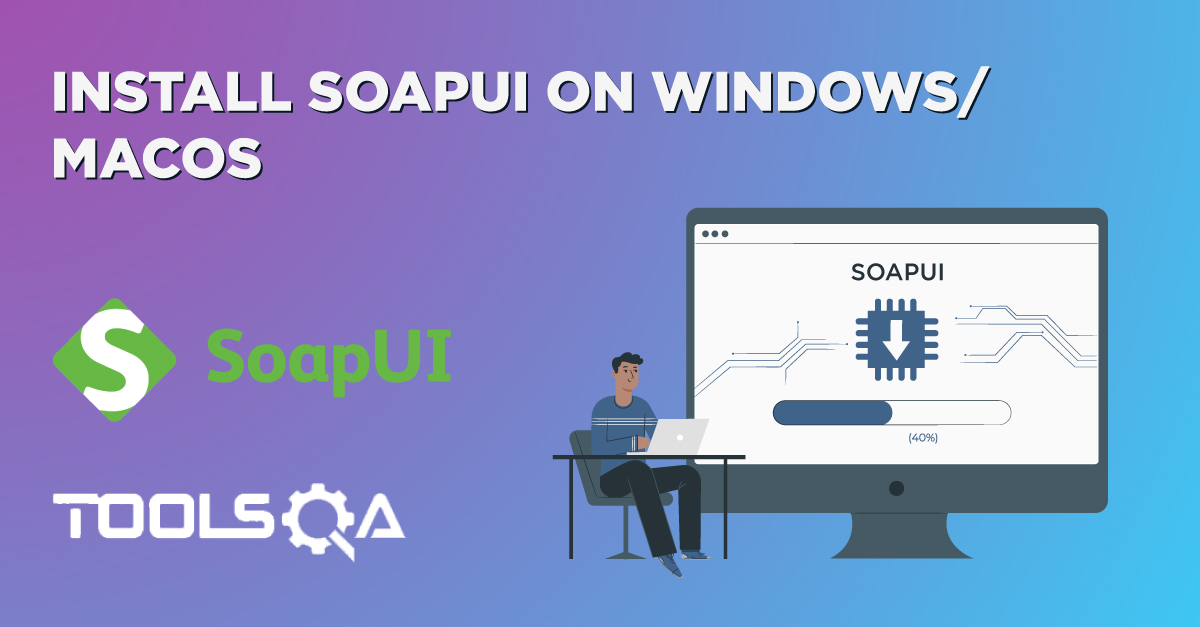 Install SoapUI on Windows/MacOS
Next Article 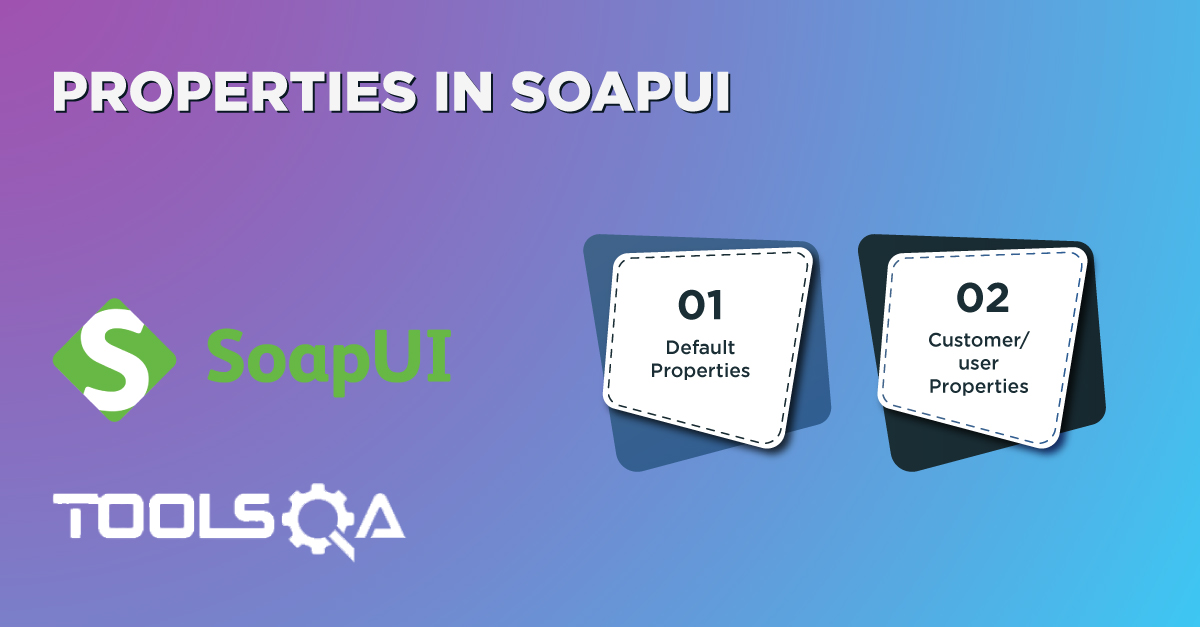 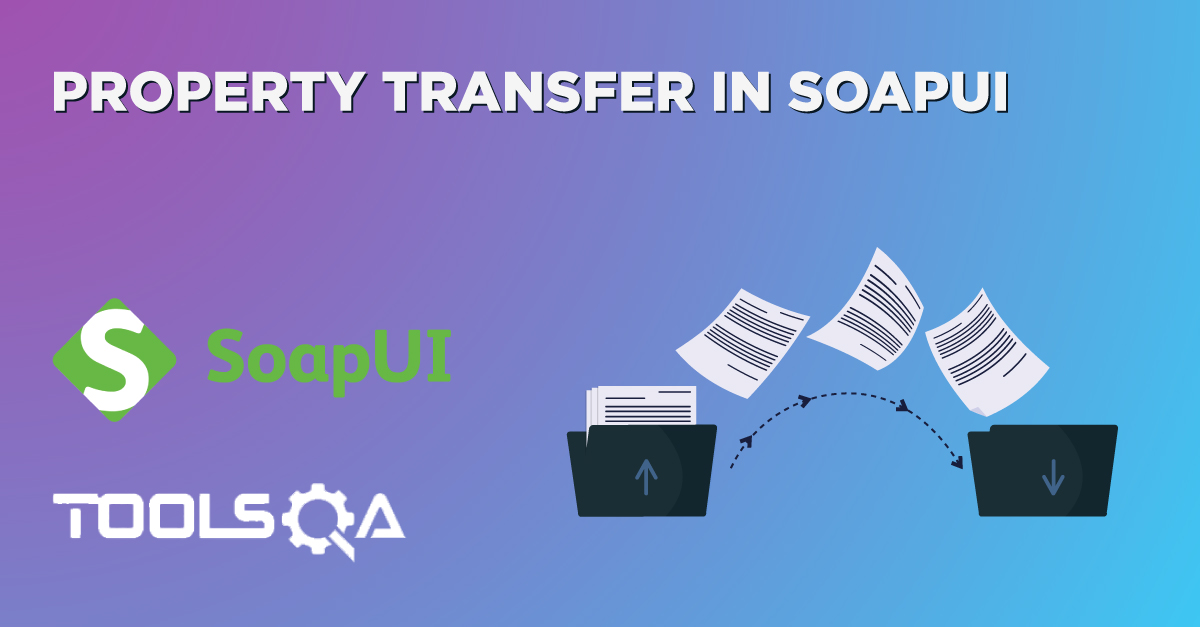 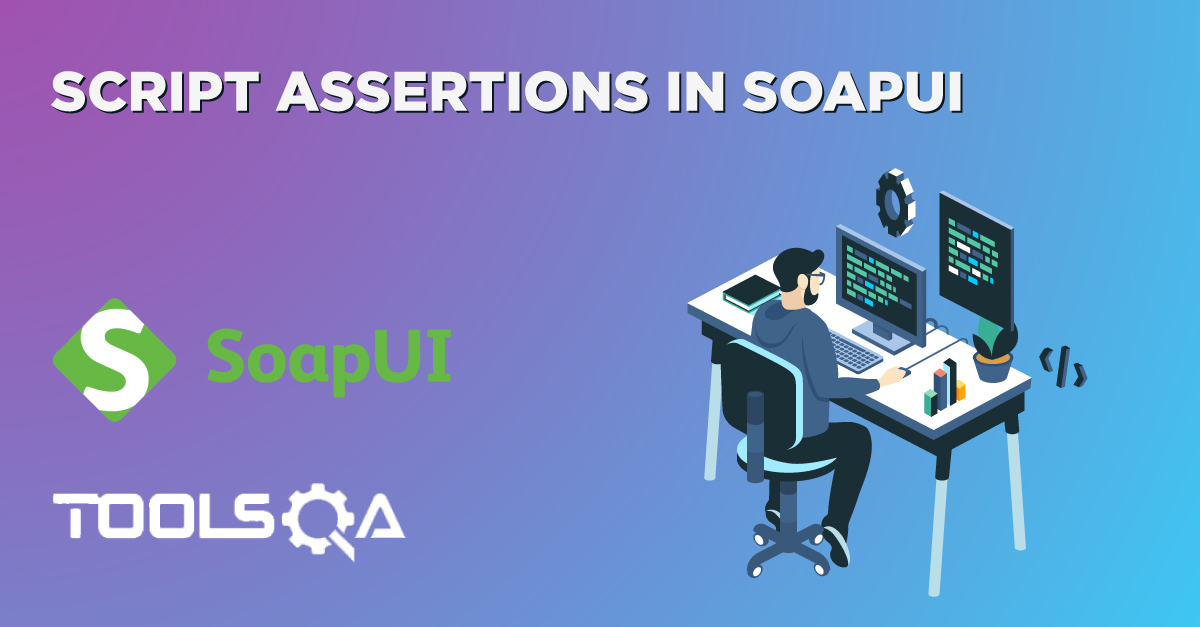