In this article, we will discuss the different perspectives of testers and developers and how they can work together to achieve efficiency and success.

A mindset is a belief that guides the way we handle situations, how we solve what is happening, and what we should do. Different people around us have different mindsets. Likewise, developers and testers have a different way of thinking too. A developer will ask: "What do I need to build, how should I do it?" The tester will ask: "What can go wrong? What can I do to break the application or find the weaknesses?"

By saying, 'How can I break the application?' it does not mean that the motto of a tester is to spoil the work done by the developers. It means that the tester should place himself in the customer's shoes and test the application for all possible scenarios. Which, in turn, ensures that the application does not break when it is in the production environment. 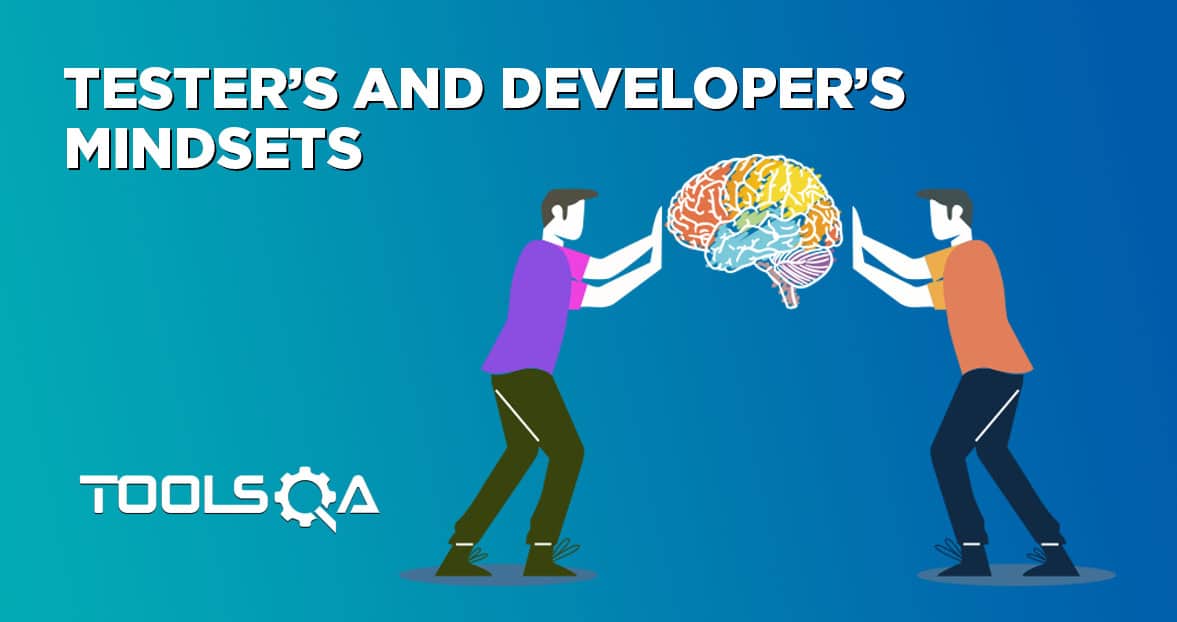 Software Development Life Cycle (SDLC) plays a very important role in any software application development. Previously, software testing happened in the last stages of development. However, fixing errors in the last stage usually, turned out to be very difficult and expensive. Therefore, now, software testing happens in every phase of SDLC. It means that the testing starts right from the requirement phase. Both tester and developer become an integral part of the development process right from the beginning.

Let us discuss and get a brief idea of testers and developers involvement at different phases of SDLC:

1. Requirement Gathering and Analysis: The preparation of requirement documents happens in this phase, as stated by the customer.

2. System design: In this phase, the architecture, interfaces, modules, and data for a system are defined to meet the specified requirements.

3. Coding phase: The coding phase is also called the "implementation" or "development" phase. It involves the development of the actual product. The developer writes the code and then tests it continuously and incrementally to ensure that the different components work together. It is the most time-consuming phase of the SDLC process.

4. System Testing: Once the software is complete and deployed in the test environment, the testing team begins to test the functionality of the entire system. It is to ensure that the entire application works according to customer requirements.

5. Maintenance phase: The maintenance phase starts once the system deployment to production happens, and customers begin using the product. This phase includes the post-deployment supports and fixes.

Thus, we see that developers and testers interact a lot during each phase of the software development life cycle. Therefore, they must work together as a single team to ensure the project is a success.

Comparison of Tester’s and Developer’s Mindsets

Creating software products is a complex effort that requires the cooperation of people with different skills, knowledge, and thinking. Developers and testers have to work together to create and deliver quality products. These people can have different points of view, perceptions, and knowledge. To understand the difference in their approaches and opinions let us consider the following points-

To sum up, appreciating differences is essential for productive teams. But different approaches help to find solutions and lead to the delivery of a product that works in the best way. The testers and the developers together form a capable team. It is their responsibility to guarantee the best product. And, it is possible only if both work hand in hand with proper understanding and positive feedback.