Various systems of bug tracking offer different ways of describing the severity and priority of the defect report. Only the meaning attached to these fields remains unchanged. Everyone knows a bug tracker named Atlassian JIRA. In this tracker, starting from some version instead of using the Severity and Priority fields simultaneously, only Priority was left, which collected the properties of both fields. In the beginning, JIRA has severity and priority fields. Then certain reasons caused severity removal. Those who got used to working with JIRA do not always see the difference between severity and priority whereas they had no experience of applying two mentioned concepts. 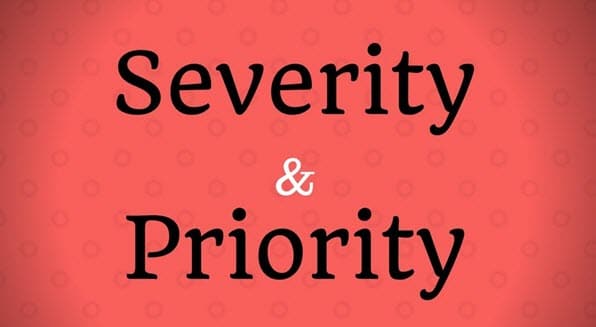 Quality Assurance testers insist on the separation of these concepts, or rather, using both fields since the meaning invested in them is different:

Defect (Bug) presents any system testing condition that does not match conduct that was expected, based on project specifications, requirements, design documentation, user documentation, standards, etc., The issue can be distinguished as a defect based on someone's perception, experience, and common sense. The meaning of defect occurs in different classifications, depending on the kind of testing.

The classification is general and accepted regardless of users, projects or company.

The errors or bugs are to be eliminated according to their priorities: High -> Medium -> Low