In the modern world, with each passing day, hundreds of web and mobile applications are being deployed to the web. QA team has to always be at their toes to ensure that these web applications are functional outside the development environment by ensuring the functionality is adequately tested before release to the customer. Earlier, this tedious task was done by the manual testers through the human power of observation, taking an enormous amount of time. The Selenium entered the industry.  Selenium is a suite of tools viz. Selenium IDE, WebDriver, Selenium RC, etc. helps the QA team to simulate user actions on the web browser and automates the user flow,  thereby helping in executing a large no of test cases in a short span of time.

Selenium Webdriver is one of the critical members of this family and is well-known for its diversity and stability for web automation. Selenium Webdriver has kind of become a de-facto for UI automation and more than 80% of the companies are using it. Let's understand the details of this tool by covering the following sections:

What is Selenium WebDriver?

Selenium WebDriver is a set of open-source APIs, which provided the capabilities to interact with any of the modern web-browsers and then, in-turn to automate the user actions with that browser. It is an essential component of the Selenium family. As we know, Selenium is not an independent tool; rather, it is a collection of tools that make the Selenium suite, which was created when two projects Selenium RC and WebDriver were merged. 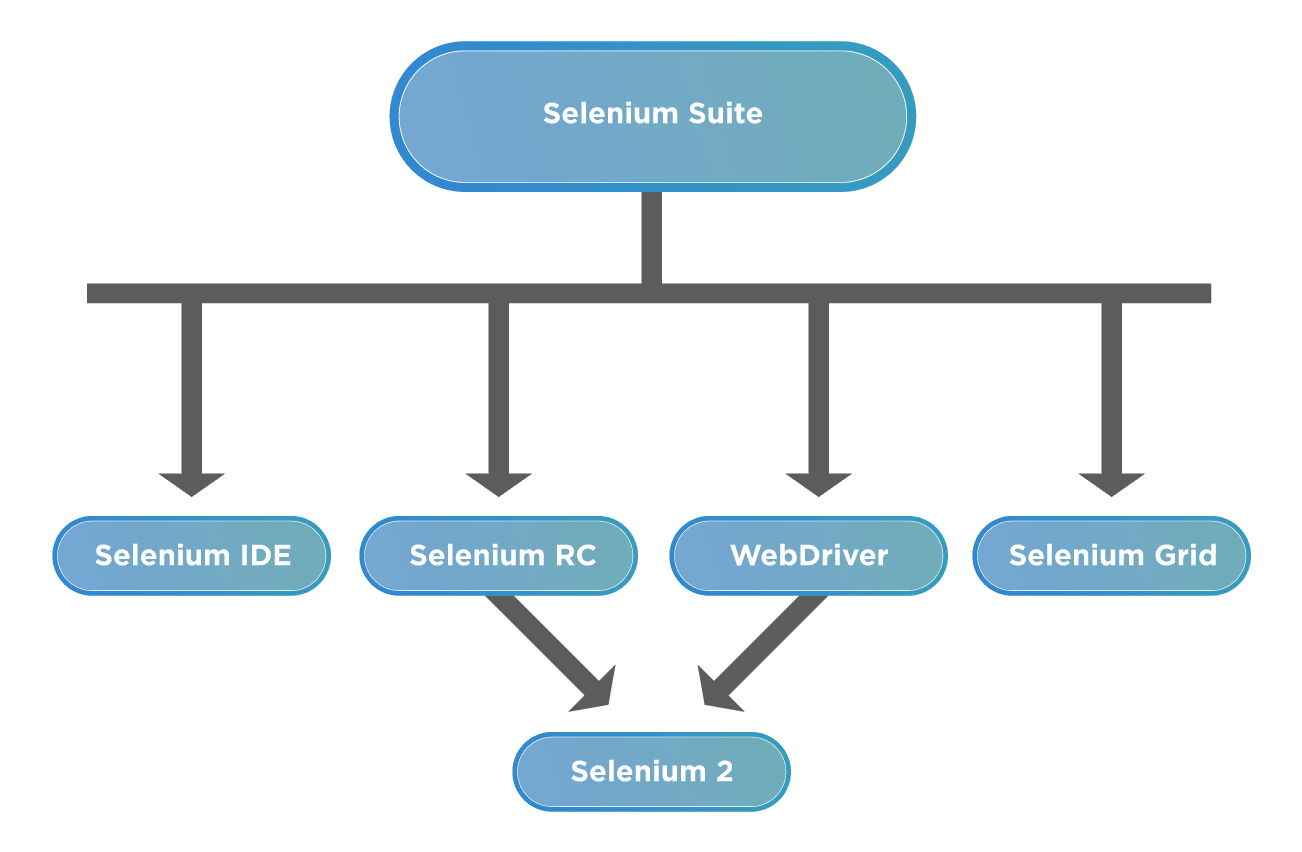 WebDriver was integrated with Selenium RC to overcome a few of the limitations of Selenium RC and has now become the de-facto for Web automation. You must be aware that after Selenium 2, there are new versions have been released. By now in Jan 2021 they have reached Selenium 4.

Why use Selenium WebDriver for Web Automation?

Now that we know what Selenium WebDriver is and what it does let's take a look at why it is the optimum choice to use for web automation.

Broadly speaking Selenium WebDriver is one of the most important parts of the Selenium suites, which supports almost all the features needed for the automation of a web application.

Why Selenium WebDriver is popular?

Apart from the above-mentioned capabilities, WebDriver, being part of the Selenium family, also encompassed some of the unique characteristics, which adds to its popularity as a web automation tool. A few of those characteristics are: 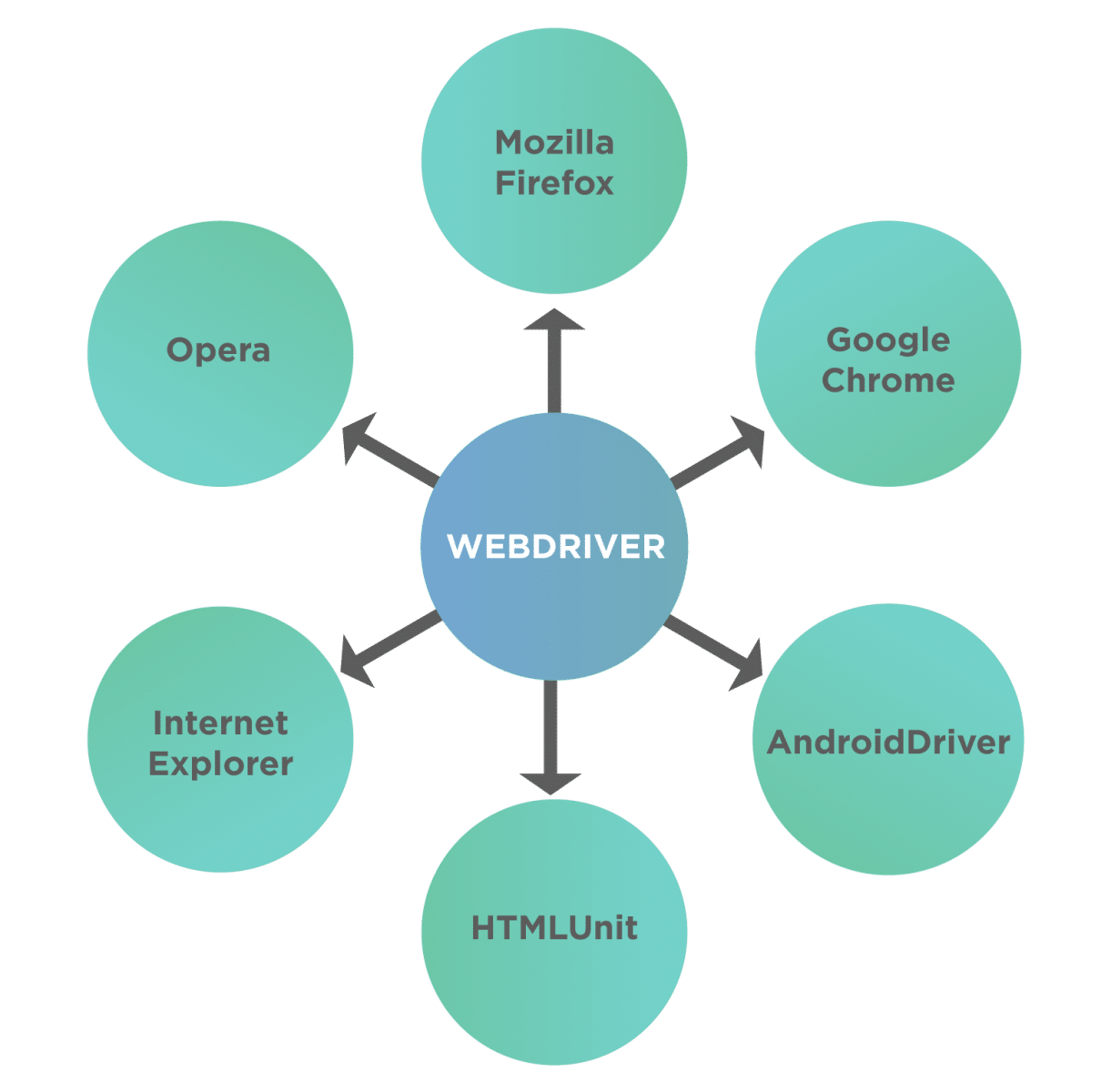 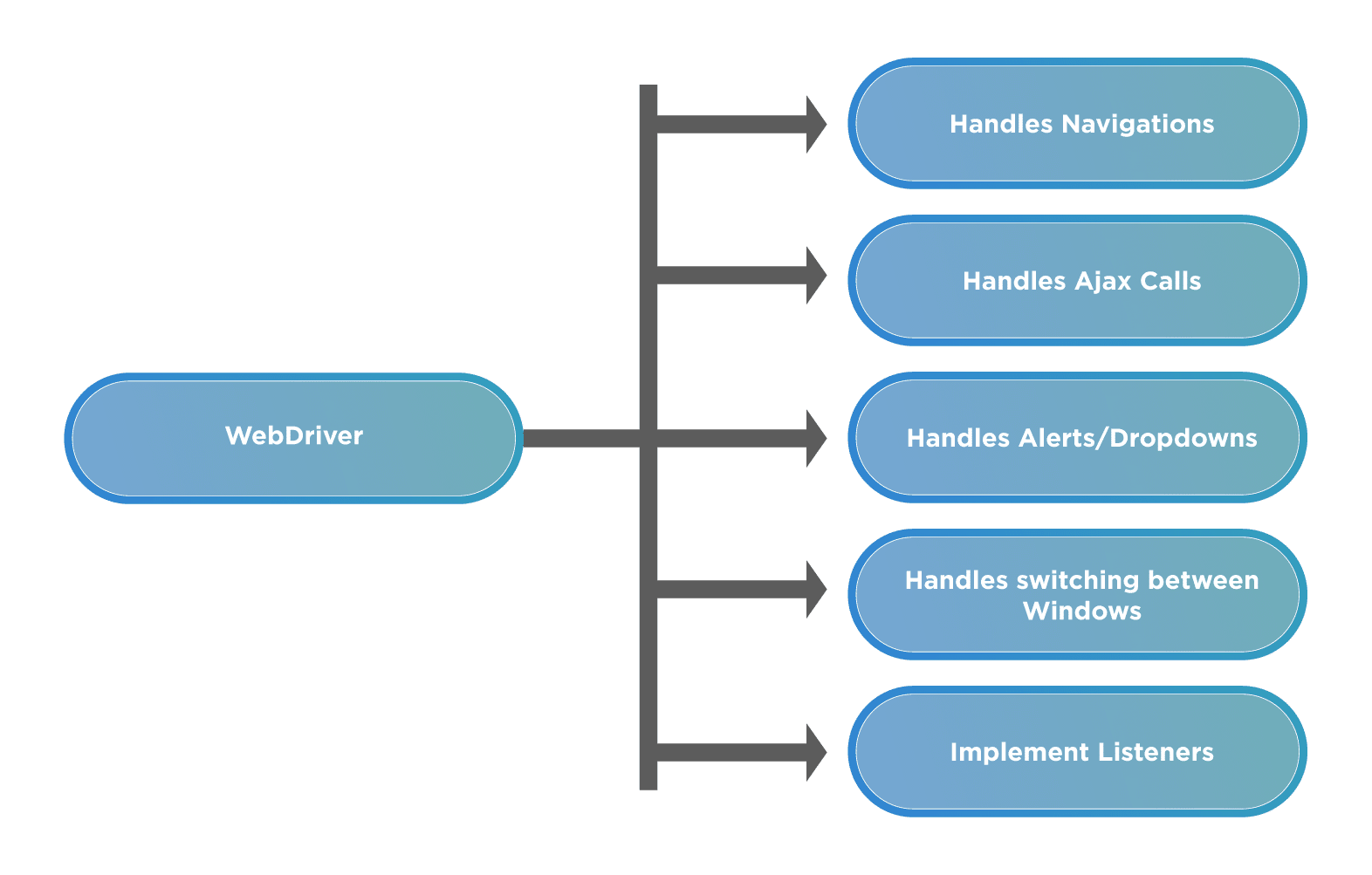 What are the drawbacks of Selenium WebDriver?

Although Selenium works a long way out in solving the *UI *and functional automation of web applications, it is not without its drawbacks. Let's look at some of the shortcomings/drawbacks:

Being a part of the overall component system, we deduce that the Selenium WebDriver is not a standalone testing tool.  It comprises various components that are required to run tests. These are the architectural components of Selenium.

So first let's take a look at this image below 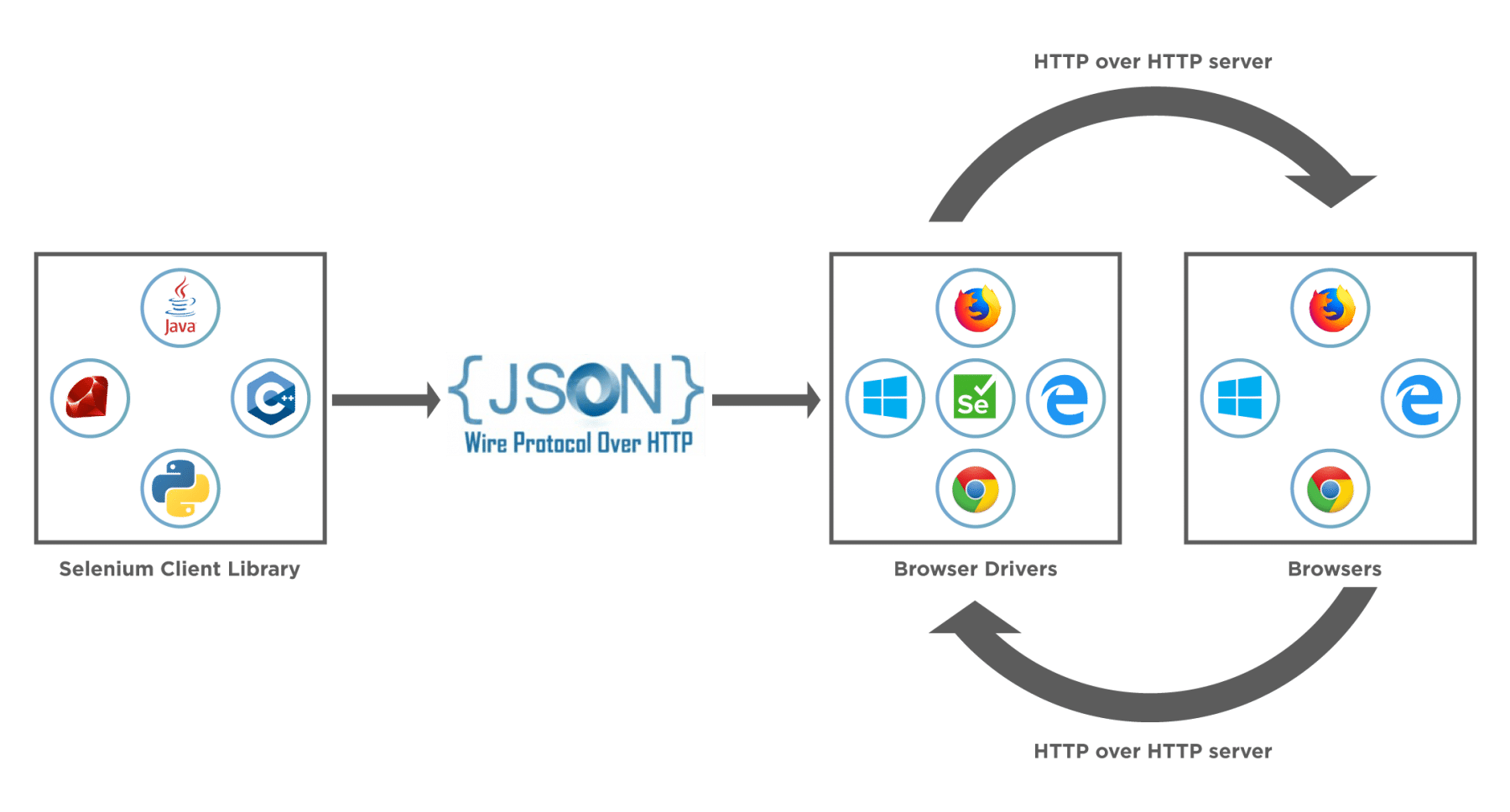 This image tells us about the core selenium webdriver architecture and the major selenium components which comprise WebDriver.

In the section above, we saw the architecture of Selenium. Now let's see how behind the scenes all the communication happens?  Take a look at the image below – this shows a view of how the actual workflow looks like.

When a user writes a WebDriver code in Selenium and executes it, the following actions happen in the background –

How to use Selenium WebDriver for Web Automation?

Selenium WebDriver provides a very seamless, user-friendly, and code friendly approach to automation using various browsers. Since it supports most of the major browser vendors, it's just a matter of using the respective browser driver and browser and setting up Selenium to use the same.

For any Selenium test script, there are generally the following 7 steps, which apply to all the test cases and all the applications under test (AUT):

We can perform certain actions on the HTML elements, such as type something using the SendKeys method, click on the element if it is a button. Eg: if we want to type the name in the identified text box, we can use the following commands:

And, we are done with using the WebDriver to identify and perform the needed actions on the Web Application. Depending on the browser, on which we need to test our application, we can use the corresponding WebDriver.

Here is a list of various browsers and their respective browser drivers: 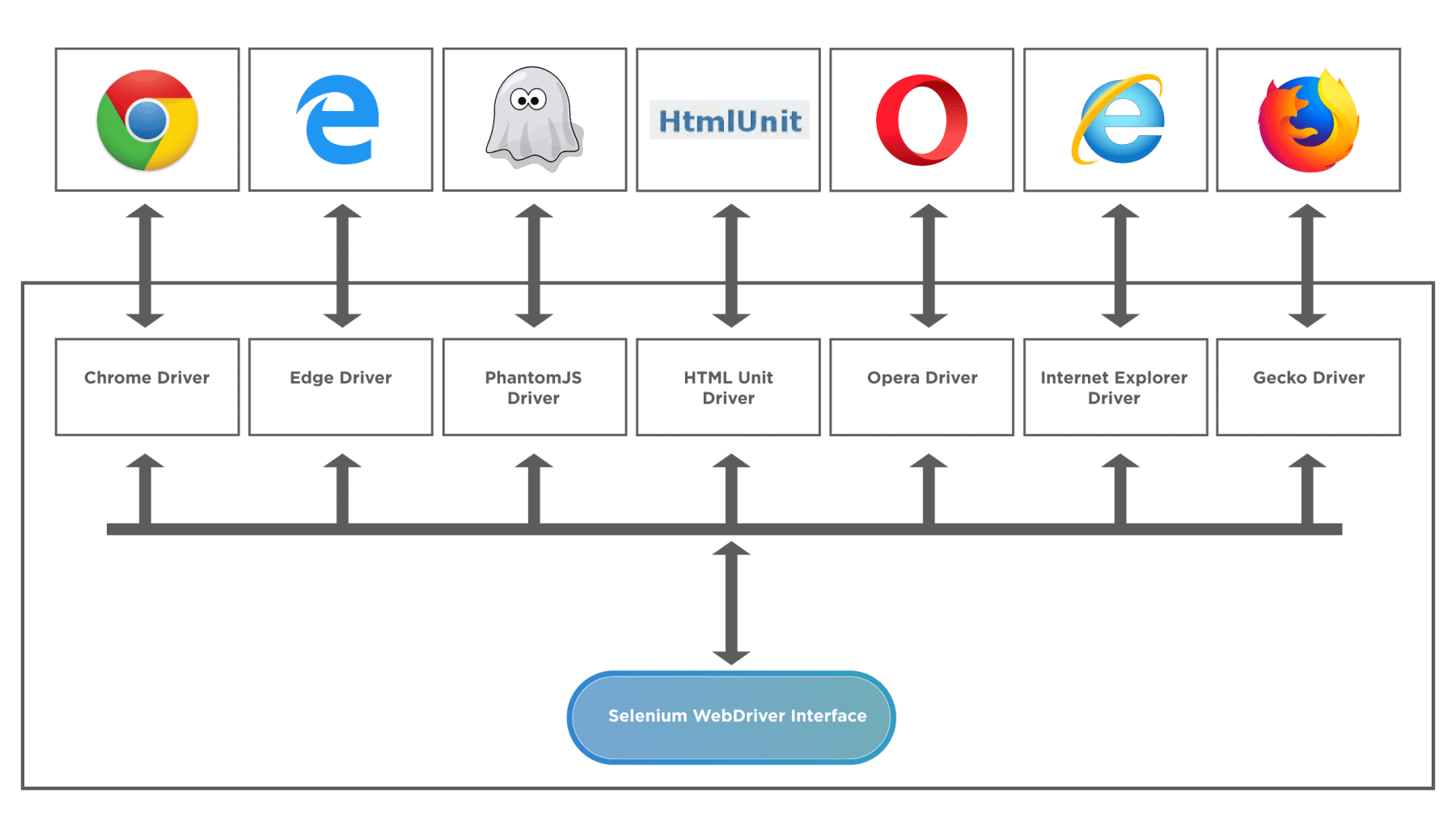 Recently Microsoft moved their Edge browser on the same platform as Chromium (which is the parent for Chrome), and due to this ChromeDriver can now also support Microsoft Edge Chromium.

What is the difference between Selenium and Selenium WebDriver?

Although Selenium and Selenium WebDriver are part of a single ecosystem, they have certain differences. Let's take a look -

Is Selenium WebDriver a framework?

A general definition of the framework is that it provides a collection of different plugins, libraries, compilers, software programs, API's, etc. that help build a whole software within one platform. Going by this definition, it is a huge component that handles multiple components of the software development lifecycle within itself.

Selenium WebDriver is essentially a set of API's that help a tester or QA achieve simulated user actions on the browser. It does this with finesse but lacks most of the attributes defined above. As such WebDriver isn’t a framework. However, if we talk about Selenium and all its components, then we will be called them a Framework.

Is Selenium WebDriver a tool?

There is not a single correct definition of a tool. Most of the time, in software development, people mix tool with the framework. A framework supports a range of functionalities, provides separate options, and is broader in nature. Whereas, a tool has a well-defined scope of functionality, meant to perform specialized tasks.

Talking about WebDriver, it has a well-defined scope of the automation of user actions. For example, clicking, double-clicking, selecting menu items, drop-downs, etc. It can combine with a test runner like TestNG, or pyTest to increase the capabilities.

So Selenium WebDriver would roughly classify as a tool, although it is not a standalone tool, rather than a framework. It can combine with various other tools, components, libraries, and test runners to create a scalable test- framework. 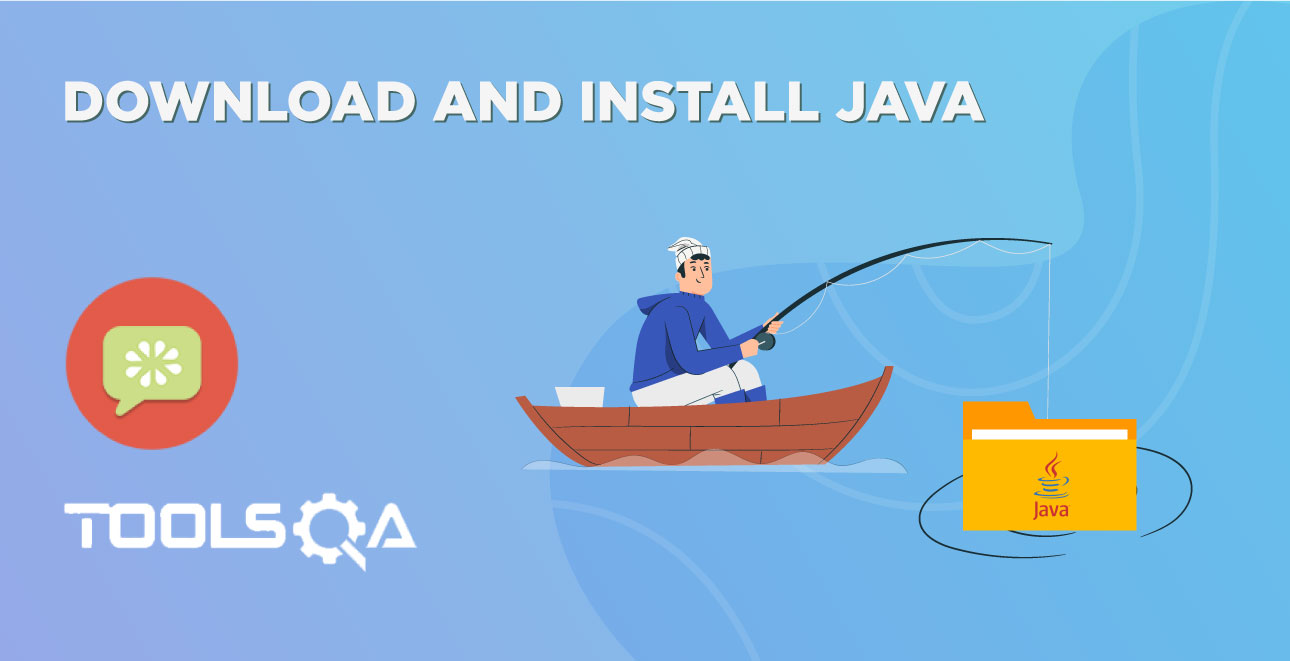 Selenium Testing
By Ravinder Singh
0
11 min read
What is Selenium testing? What are the various components of Selenium? Why is Selenium popular?What Selenium can do?What Selenium cannot do?
@CacheLookup in PageObjectModel
By Virender Singh
0
8 min read
How does @CacheLookup in PageObjectModel works? Benefits of using @CacheLookup. How to avoid stale element exception in Selenium with @CAcheLookUp
WebElement Commands
By Lakshay Sharma
0
8 min read
How to use Selenium WebDriver WebElement commands getLocation getSize getText getAttribute getCssSelector isDisplayed isEnabled isSelected
XPath Helper
By Lakshay Sharma
0
3 min read
XpathHelper Tool for Chrome Browser
FindElement And FindElements Commands in C#
By Lakshay Sharma
0
7 min read
How to use FindElement and FindElements Commands in C# Selenium How to use By.Id By.Xpath By.tagName By.linkText By.cssSelector By.className
Inspect Element In Chrome
By Shilpa Nadkarni
0
11 min read
How To Inspect Element in Chrome Developer Tools? How To Inspect Element using CSS/XPath/ String ? What's Chrome DevTools Panel?
Selenium Locators
By Anshu Ranjan
0
16 min read
What are Selenium locators?How to locate web element in DOM?What locators are supported by Selenium?How to use locators to find web elements
Dropdown in Selenium
By Gunjan Kaushik
0
15 min read
What is Select class in Selenium ?How to select a value from a dropdown in Selenium? Examples illustrating Select class usage in Selenium.
Handle Radio Button in Selenium WebDriver
By Anshu Ranjan
0
13 min read
What is Radio Button? How to select Sleenium Radio Button? How to perform validations on Radio Buttons using Selenium WebDriver?
Data Driven Framework (Apache POI - Excel)
By Lakshay Sharma
0
5 min read
Step by step process to Set up Data Driven Framework in Selenium Automation framework.Set up TestNG, LOg4j, POM, Modularity, Functional Libs and Constants.